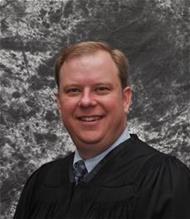 Judge Lessman has served as the Municipal Court Judge since July 2011. He is Board Certified in Criminal Law by the Texas Board of Legal Specialization and is licensed to practice law before all Texas Courts, the United State Supreme Court, United States Fifth Circuit Court of Appeals, and the United States District Courts for the Western and Northern Districts of Texas.

Judge Lessman is a graduate of Marlin High School, the Baylor University, and the Baylor Law School. He has served in many local civic organizations and has been actively involved in the Marlin community for many years.