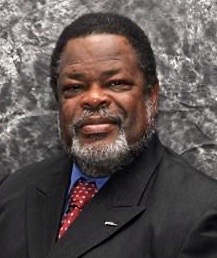 Hon. Scottie R. Henderson was elected into office in May of 2004.

Mr. Henderson was born and raised in Marlin and is a Marlin High School graduate. He furthered his education by attending Texas A & M University, South West Texas University and McLennen Community College.

Councilmember Henderson is the President & Legal Redress for the Marlin-Falls County National Association for the Advancement of Colored People (NAACP). He also served as President of the “We Care” Program which originated the “City Wide Easter Egg Hunt” for children of all ages. Mr. Henderson retired as a vocational technology teacher after 35 years of service. He is an independent businessman who owns and operates the 48 Hour Q, the Hitching Post and the Wagon Rib & Wing Drive Thru.